The Best Tricks EVER!

I love magic and I’ve seen many, many tricks, stunts, routines and illusions both live and on screen. I could spend an entire day just watching magic on YouTube (in fact I probably will after writing this, ah the life of a magician!). I like different tricks for different reasons, sometimes it’s an entertaining presentation, sometimes it’s the story that surrounds it and often it’s just because it’s completely amazing. Here are my top seven tricks (why seven? Why not?) by other performers. 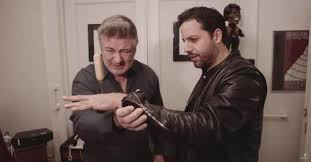 David Blaine reignited my love of magic with his first TV special and the bitten coin which he performed became one of my favourite tricks to perform for my friends and at my early gigs. In his more recent TV Special Real or Magic he shoves an ice pick through his hand and a needle through his arm and it looks amazing! The celebrities he does it for completely freak out. Check out the reaction of Ricky Gervais here: www.youtube.com/watch?v=fERdhFbTEbE 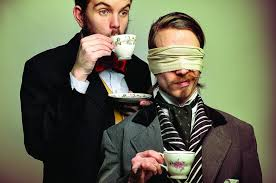 I love the cups and balls, it’s a seemingly simple set up that has led to thousands of different routines. I prefer to perform the version with just one cup (known as the chop cup) which most people, or at least magicians, will associate with Paul Daniels (more about him in minute). But I prefer a version by Victorian time-travelling magicians Morgan and West. They may not be as famous as the rest of the people on this list but they have created many gems including their version of the chop cup which includes comedy, magic and quantum physics. What more could you want! You can see the full routine here: www.youtube.com/watch?v=oCpyujSCGjg 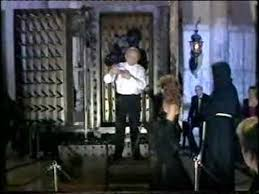 The magician who has had the biggest effect on me by far is Paul Daniels. I watched his show on telly every Saturday growing up, I had the magic set and his books. In 1987 he was one of the country’s most beloved entertainers so he did what any mischievous soul might do and faked his death live for millions of viewers. Attempting to escape from a box lined with steel spikes the door slammed shut before he had escaped. There’s a long pause where nobody seems to know what’s happening. An authoritative voice instructs the audience to leave in an orderly fashion and the credits roll. Cue thousands of distraught phone calls which eventually forced Daniels to reveal that he was in fact alive and well. You can watch it here: www.youtube.com/watch?v=90GfWDK9q5k 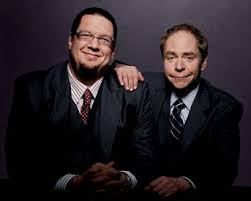 They shoot each other in the face in the most fair and impossible conditions and catch the bullets in their teeth! This is a trick that has killed numerous magicians, most famously Chung Ling Soo. In P&T’s version it’s twice as dangerous as there are two shots. The guns are examined, the bullet casings are signed, the bullets are signed, they never cross to the opposite side of the stage, the guns never go out of sight, it’s ridiculous! Take a look: www.youtube.com/watch?v=sh7QSvs3Eug 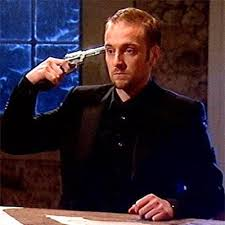 Yay, more guns! Derren’s TV shows are great, I particularly like the one where he pulls off an art heist with pensioners, oh and the one where he coerces people into murder, lovely light entertainment! I have to admit though, I usually prefer his live shows and I’d strongly suggest you go see him live or at least check them out on all4.com (I think they’re still on there anyway). However, the Russian Roulette special was a complete game-changer, the most tense and dramatic piece of magic I’ve ever seen as well as being pleasingly controversial. Take a look: www.youtube.com/watch?v=-58LZRlcm6o&has_verified=1 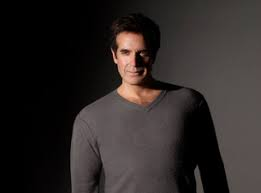 David Copperfield has performed and created some amazing illusions and he always manages to turn them into an emotional piece of theatre. None more so than his portal illusion where he teleports a man from Vegas to Hawaii to see his father, all captured via a live satellite link. He even takes a souvenir from the show with him so that you know it wasn’t just recorded earlier. I’d highly recommend that you watch: www.youtube.com/watch?v=KLfJQkIJy58&t=49s 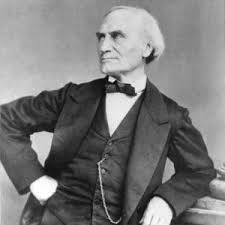 Robert Houdin is generally regarded as the father of modern magic and in 1856, like something from the script of a rejected Hollywood film, he was persuaded to come out of retirement to end a war! And I thought I’D been asked to do some tough gigs! He was to suppress the tribal revolutions against the French colonial government in Algeria which were being led by marabouts – ‘holy men’ who used fakir tricks to build credibility as prophets of Allah. Houdin’s mission, should he choose to accept it, was to out-magic the marabouts and discredit them.

He did this by using his Light and Heavy Box. A burly member of the audience was asked to lift the box, which he did, easily. Houdin then waved his wand at the volunteer saying, “Voil! You are weaker than a woman” (you couldn’t get away with THAT patter now!). When the volunteer tried to lift the box again he sweated and strained but couldn’t move the box. After a few minutes he suddenly screamed, fell to his knees then fled, crying for Allah to save him. Strangely I can’t find any clips of this on YouTube! Houdin was a magician though, not a politician, so he had a conscience. After the show he sent translators to explain to the spectators that his tricks were just like the tricks of the marabouts: theatre and science, not the supernatural. Three days after the performance, 30 of the most powerful chieftains presented Houdin with an illuminated manuscript praising his art and pledging their steadfast allegiance to France.

So, those are my favourite tricks. I’ve probably forgotten some so if you can think of any amazing tricks that should be on the list please leave them in the comments and as always feel free to like and share. Thanks for reading and remember – never let your braces dangle!