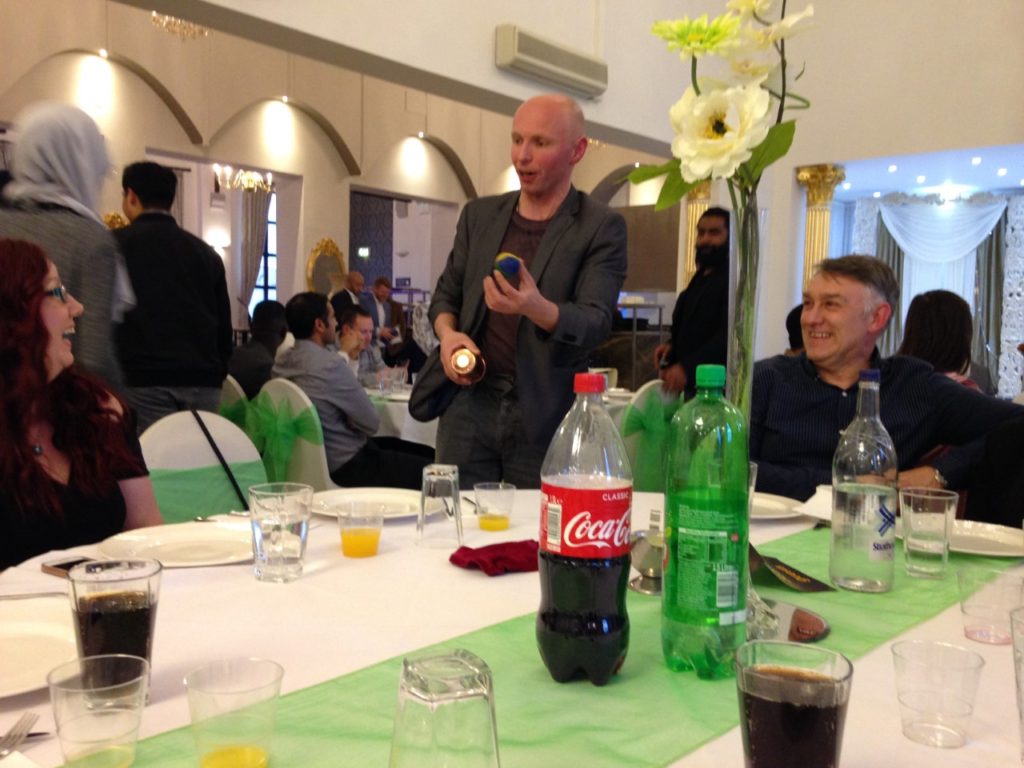 Well here it is my first attempt at blogging! There’s lots that I could blabber on about, stories about unexpected mishaps during shows, the fantastic people I’ve performed for and worked with, the ‘joys’ of driving thousands of miles to get to gigs (in fact this blog could easily become a list of complaints about stupid people on the road to be honest, but it won’t!) but I thought it best to start with a quick introduction of myself and an update of the stuff I’ve been doing recently.

So, hi, I’m Paul but most people call me Scoop! This nickname came about because when I first started professional entertaining in 2000 at Camelot Theme Park I was doing a degree in Journalism at the University of Central Lancashire and obviously, journalists get the Scoop. It started off as a nickname and became my stage name when I became the resident jester and magician. Now the only people who call me Paul are my family! Oh, and my rugby team for some strange reason.

Anyway, Camelot closed permanently after the 2012 season and I was thrust into the real world where I actually had to find jobs. I spent a season providing the entertainment at Braddick’s Holiday Park in North Devon then two years performing for families at Farmer Ted’s Farm Park in Ormskirk as well as at their adult Halloween attraction Farmaggedon where I still perform gross magic, shocking feats and sideshow stunts annually. During this time I built a business that doesn’t rely on a residency which is now flourishing. I am now very busy doing cabaret shows at holiday parks and attractions all over the UK as well as stage magic and close-up magic for corporate events weddings and parties.

Over the past few weeks I’ve toured Scotland with my cabaret show as well as performing at holiday parks in North and mid Wales, England’s East coast and at North Devon’s ‘BIG Sheep’ attraction. I’ve also done corporate entertainment for ao.com and Green Life Pharma as well as close-up magic for a Christening, a 50th birthday party and a Wedding. Tonight I’m up in the lake district doing my cabaret show for Lakeland holiday park then this Saturday it’s back to where it all began for a birthday medieval banquet at Park Hall.