Do You Believe In Magic? 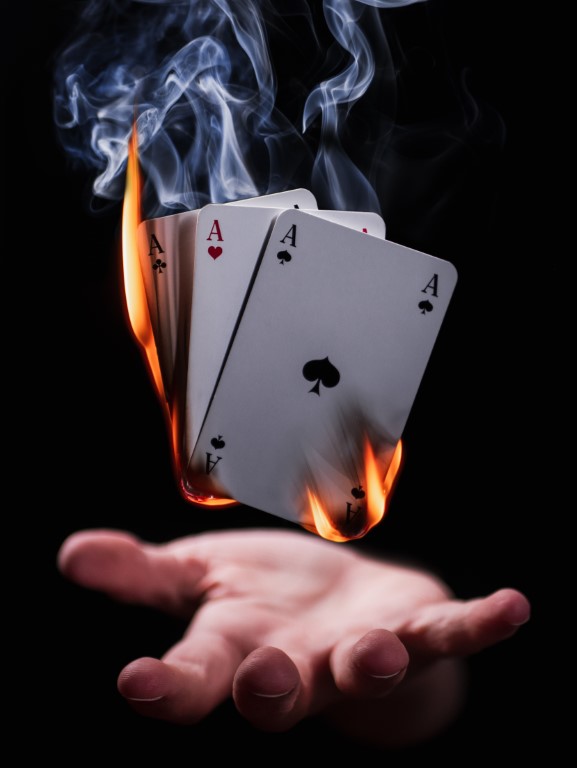 I’ve always assumed that my audiences don’t believe in magic and think that what I do is sleight of hand, misdirection and general trickery but recently more and more people seem to be reaching the conclusion that what I do is ‘real’ magic!

Last weekend, after imbibing my fair share of alcohol on a night out, I found myself outside in a hot tub with a hospital’s surgical staff, most of whom I had never met before, just as storm Ciara was kicking off (this isn’t really relevant to the story but I just want you to know how I roll!). There was also a teacher there who I’d shown a few tricks too who was so amazed and at a loss to explain what she’d just seen that she seriously started to ask whether I was actually magic! There are magicians out there who do pretend to really be magic but I’m not one of them. I think believing in unbelievable things can actually do a lot of harm so if I’m asked by an adult I always say what I do is skill and showmanship and if a kid asks me if I’m magic I ask them if THEY think I’m magic.

So I told her it wasn’t real magic. She didn’t believe me. I pointed out that if I had magical powers I wouldn’t waste them amusing people I’d solve world hunger, end the climate crisis and cure the coronavirus (and predict the lottery numbers… I’m not a saint)! She didn’t believe me. I showed her a basic magic trick that blew her mind then taught her how to do it. She didn’t believe me. The more I tried to persuade her that I wasn’t magic the more she believed I was and that I just didn’t want people to know I had special powers.

I performed at a shisha bar a few days before that and a couple of groups I performed for completely freaked out! They were convinced they’d seen actual magic, it had amazed them but also scared them and no amount of reassurance would calm them down. And now I think about it I quite often get accused of being an alien because people can’t think of any other explanation for what I show them (also, I’ve got an odd shaped head)! There was one couple in particular at a recent gig who definitely weren’t joking when they made their extra-terrestrial allegation.

I’m not sharing these stories to show-off and say, “look how great I am, what I do looks like real magic” that’s just a bonus and you should definitely book me if you want to amaze people. But what I actually want to do is state one thing and ask one thing. First the statement: I’m not magic, I’m not an alien, I’m not in league with the Lucifer, Kali or even Voldemort! I’m just a guy who was shy growing up so I learned magic tricks as a crutch to lean on in social situations and then found it was a good way to make a living. Secondly the question: Do you believe in magic? Everyone can occasionally fall into magical thinking (‘I went to the match with someone new and my team lost, I’m never going with them again!’ for example) but does anyone actually believe in real magic done by people with real magical powers. To be honest this could be a pretty broad question as it could encompass belief in psychics, religions and Father Christmas so maybe I’ll explore this idea more in a future blog.

If you have any thoughts I’d love to hear them so please leave them in the comments and don’t forget to like and share this blog. Finally remember: you can add a touch of magic to your cold by stuffing glitter in your nose and mouth, then just wait for them sparkly sneezes!